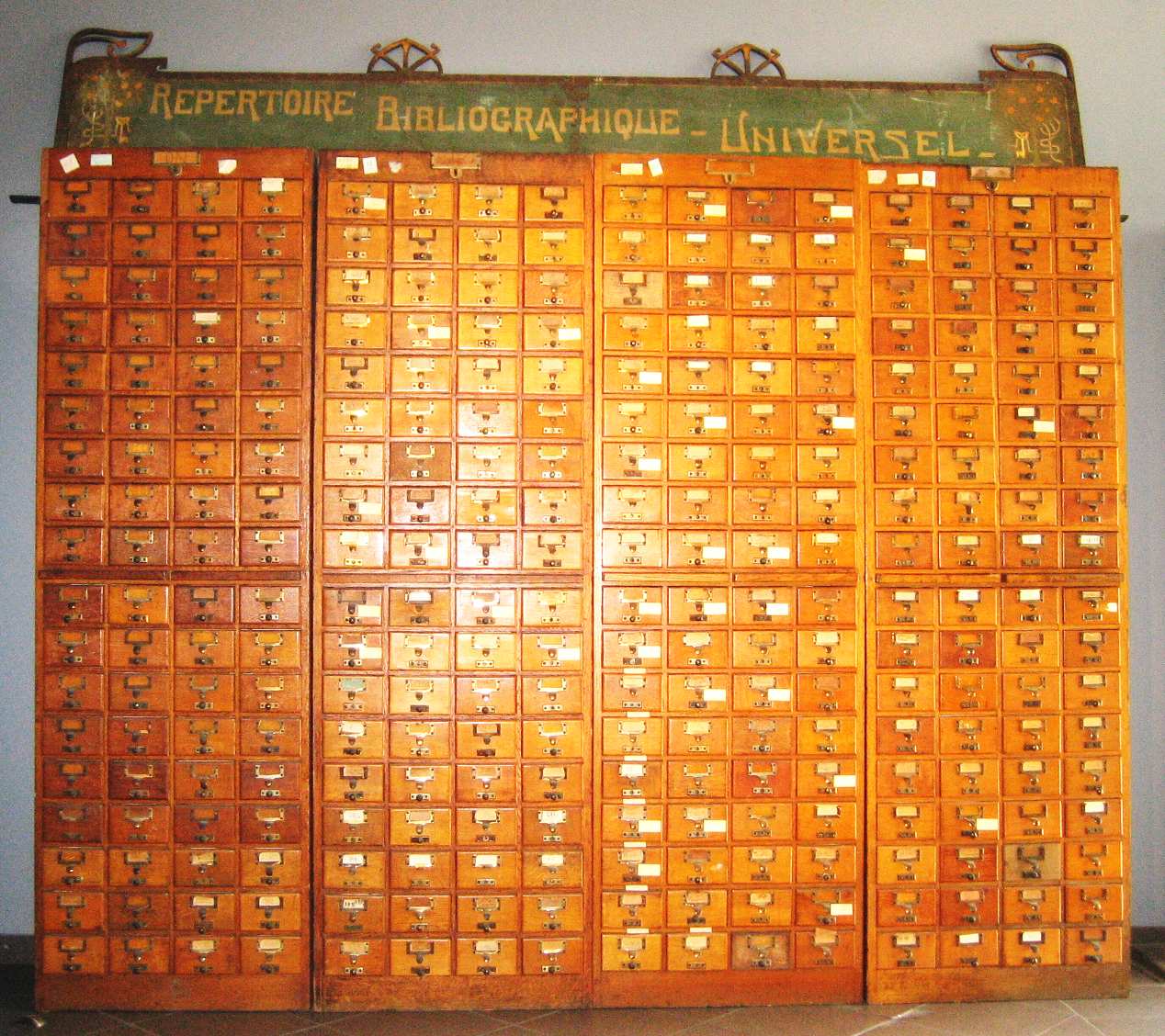 Just read about the Mundaneum is a PM article with (the over-blown) title of How the Humble Index Card Foresaw the Internet. It is not about the internet. The Mundenuem, created in 1905, was a databased that organized all knowledge in a card index. You could argue it was a precursor to Google–at least in goal. You could say it was a victim of its own success because it grow to 18 million card in 15 thousand drawers, which was unmanageable.