This graph frighteningly displays the problem we have created. There are more in the full article. Total student loan debt, which is greater than one trillion dollars, has increase 4 fold in the last ten years. This is a bubble. It will burst. “President Barack Obama said Friday that police and spies should not be locked out of encrypted smartphones and messaging apps.” I respectfully disagree. See an article about this.

An old video of a touchscreen. Of course the English accent is cool. But the touchscreen is used to control (aim and shoot) a dart gun. Now that is really practical research. 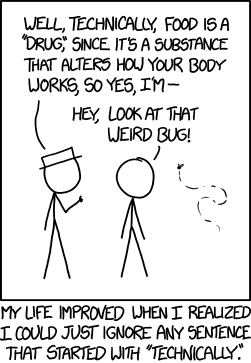 This is what happens when the inmates run the asylum.

In a triple blow to free speech, due process, and freedom of the press, the University of Tulsa (TU) arbitrarily banned a student from campus until 2016 for Facebook posts that someone else admitted to writing and then attempted to intimidate student journalists who were trying to cover the story.

Where are the adults? “Less than two months before Barnett was set to graduate, Tanaka not only suspended him until at least 2016 but also permanently banned him from receiving a degree in his major even upon his re-enrollment.”  This was done “[w]ithout affording him the hearing he was entitled to under” the University’s rule. I think Woody Allen said it best.